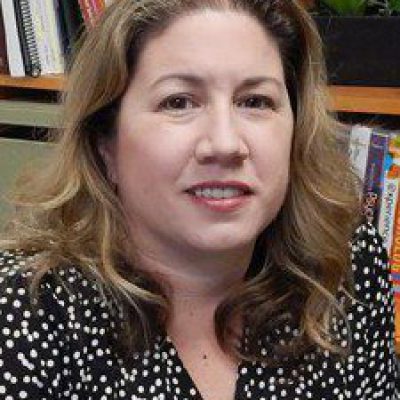 NM:  Hi, Dr. Bizon. So happy to have you here today. We’ll go ahead and get started. When

did you start working with the Center and what role do you serve here?

JB:  I started working with the Center in 2010. When I came here, I was recruited here from

another University. I was fortunate enough that Dr. Ache had seen my job talk and

thought that I would have some overlap and interest with the Center. He invited me

down, even before I started my job here, to attend one of the Center’s annual meetings

and I got to meet a lot of people there. So, really, when I started at UF I got to start

participating with the Center.

NM:  What exactly sparked your passion for neuroscience, specifically the aging process?

JM:  That is a tough question. I would say I became really interested in neuroplasticity and

learning in memory function. I became interested in neuroscience through my

psychology classes in college. I was completely fascinated by the idea that the brain was

so adaptive and could change and be plastic. I think learning in memory is potentially the

over the whole life span. We can remember what we did when we were eight years old

at a particular event or what we did for our birthday. That’s just a remarkably interesting

NM:  So, you’re a professor here at the University right now. Whenever you were in college

did you always know you wanted to be a professor or is that something you realized later on?

JB:  No, not at all. (Laughs) Honestly, when I went to college I didn’t know that my college

professors did research. So, it wasn’t until I became interested in some of the research

about who does these kinds of studies and I realized, wait, those are the people that are

teaching me. So, really, my academic advisor suggested that I get involved in research

in college, so that’s when I started doing research in a laboratory and really got turned

onto this as a profession.

NM:  Can you walk me through what you are working on currently in your research?

JB:  Sure, so most of our research does investigate cognitive functions, both learning and

memory, as well as executive function, in the context of aging. So, I’m very interested in

how these processes change across the life span. I think of aging as a window to really

examine how different cognitive processes both operate and also, ultimately are

vulnerable. I think aging is a really unique facet to look at for that reason because it can

give you a lot of information about normal function as well as dysfunction.

behavior and also changes to these different aspects of cognation across the lifespan.

That involves learning in memory, executive functions like attentional set-shifting, so our

things like cost-benefit decision making, or the ability to weigh benefits and potential

pitfalls and really make effective decisions. And we can do all of that in rodent models

and relate different changes in the brain with aging to performance on a variety of cognitive tasks.

NM:  What would you say the next steps in your research are or what’s to come?

JB:  I should probably mention that we got into looking at olfactory function because there is

a very strong relationship between olfactory function and memory. We were actually

odors. We found that half of our aged rats couldn’t do a simple odor discrimination and

they happened to be the same half of the rats, same sub-population of aged rats, that

couldn’t do a memory task. So, that was sort of our serendipitous finding that led us

down the road of doing olfactory work. We’ve started to look at that much more

where the aged rats deficits are. We think that it is, and this is work that we do with Sara

Burke here who is investigating visual discrimination, related to dysfunction in a

particular part of the brain that is vulnerable in both aging and Alzheimer’s disease. Our

biomarkers of this type of neuropathology.

NM:  What would you say is one of the biggest challenges you’ve faced while conducting this research?

JB:  I think one of the challenges of the type of research that we do, and I think that this sort

of speaks to the olfactory function a little bit, is that while there is tremendous homology

across these brain systems, rodents and non-human primates and people, rats are not

people. Rats are not primates. So for translational research, it’s challenging to find the

right place and landscape. That’s where olfaction has really been helpful. There are also

humans that are better developed. So, I think finding where to be in that translational

space that both takes advantage of the species that you’re studying, but also allows you

to have translational ties to human function, I think is important and sometimes difficult.

NM:  What would you say your favorite part is about the research?

JB:  I love science. I think it’s fun to do science. It’s fun to ask questions that are new.

Discovery, it’s exciting. I really love talking to other researchers who have different

depth of knowledge that many of these individuals have in a wide-range of fields. Rating

from how to make a tastier vegetable, to doing line in memory functions, to pesticide

research. It’s really a unique, I think, space that the Center actually has on campus and it’s fun.

NM:  Thank you so much for your time.