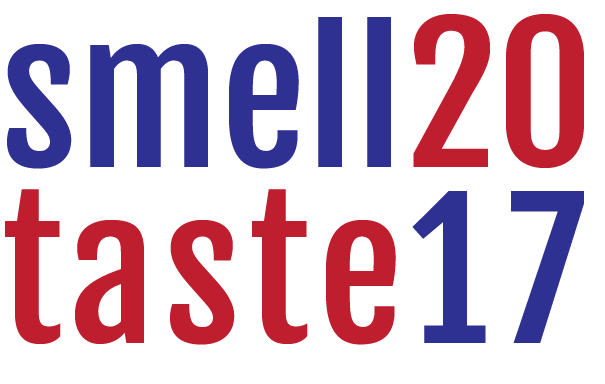 The weekend of February 24-26, 2017, saw 67 people from around the world (as far away as Melbourne, Australia) converge on Gainesville, Florida to attend SmellTaste2017, the first conference in the U.S. specifically for individuals with smell or taste impairments. Organized by the University of Florida Center for Smell and Taste and the UK-based charity Fifth Sense, the conference brought together patients and loved ones with scientists, physicians and patient advocates to discuss the science and medicine of smell and taste and to foster interaction and mutual support amongst those with smell or taste disorders.

The weekend started with an informal social on Friday night at First Magnitude Brewing Co. where those who had arrived in town early were able to meet each other and to participate in a tasting guided by brewer Eric Dreyer which explored how basic taste combinations and mouthfeel provide contrast between different beers. After just a couple of hours it became clear the opportunity to share experiences with others would be a highlight of the weekend. The participants also voted the Wakulla Hefeweisen the clear winner from the tasting (it became the featured beer at the Saturday night banquet).

Saturday started bright and early at the new Harrell Medical Education building with a continental breakfast and talks from UF’s Dr. Steven Munger about the biology of smell and taste and Dr. Linda Bartoshuk about taste disorders and flavor perception. Over lunch, attendees broke into groups based on the cause of their smell or taste impairment (for example, congenital anosmia or post traumatic anosmia) where they could again share experiences or could ask questions of scientist or physician facilitators. Next, Fifth Sense founder Duncan Boak and his Fifth Sense colleague Tom Laughton spoke about the emotional impact of smell and taste disorders and about strategies for coping with them. Dr. Jeffrey Martens of UF showed exciting research highlighting the promise of gene replacement and stem cell therapies for treating some forms of anosmia.

The educational program for Saturday finished up with a public discussion between Duncan Boak and Chef Adam Cole (Maple Block Meat Co., Culver City, CA), who spoke about how having no sense of smell from birth had an impact on his life and and career as a chef. Open to members of the UF and Gainesville communities, the talk was also broadcast via FacebookLive (an archived version of the talk is now available on YouTube at http://goo.gl/KSgYFL, and viewable below). The evening ended with a banquet amongst the exhibits at the Florida Museum of Natural History. The multisensory meal featured a range of dishes designed to appeal to those with smell and taste impairments, with contrasting tastes, textures and flavors, and a little bit of chili here and there to spice things up. The Dragon’s Breath dessert, with its liquid nitrogen-frozen cake that had everyone blowing “smoke,” was paired with strawberries coated in chocolate and popping candyto create a memorable experience that was a particular hit with guests.

Sunday morning’s program turned to the medical system. Dr. John Malaty, a family physician, and Dr. Jeb Justice, an otolaryngologist (or Consultant ENT Surgeon, for those of you in the U.K.), discussed what to expect from your physician, how to best navigate the medical system and the challenges they face in trying to help their patients. They were followed by patient advocate Nisha Pradhan, who wrapped up the conference with a personal perspective on the importance of research, education and understanding of the importance of smell by the medical and scientific communities and the public at large.

And then it was over. After a quick group picture, everyone started their journeys home. But they left with new friendships, new information, and a resolve to work together as a community to advance understanding and therapeutic progress for smell and taste disorders. It looks like planning for SmellTaste2019 has already started….